Why did those who fled from fascism, only to end up in the democratic countries prisons, not seek exile in the Soviet Union? Moreover, what happened to the people who did go to there, the country of the October revolution and the socialist fatherland?

Hundreds of Republican combatants from the Spanish Civil War were interned in France in the concentration camp at Le Vernet, but many others’ fate in the Soviet Union was no better. Those who display their capacity to fight in one arena might be able to do so in another, and indeed the Spanish communists had displayed an organising and mobilising capacity which jarred with a system demanding passive obedience. Stalin and his politburo’s had no disposition towards running such risks and send numerous Spanish Civil War refugees to labour camps.

“Of the 6,000 Spanish communist militants arriving in the USSR, barely 1,200 survived by the time I escaped”, declared Valentín González, the legendary El Campesino, in one of the hearings of a French tribunal on the Soviet concentration camps. He, one of the leading communist chiefs in the Civil War, knew what he was talking about. In the Battle of Guadalajara of March 1937, the Italian troops working for Franco had been defeated by the militias captained by the anarcho-syndicalist Cipriano Mera and the communists Lister and El Campesino, aided by the International Brigades and the tanks of the Soviet general Dmitri Pavlov. But with the victory of the fascists El Campesino headed for the Soviet Union, where he found himself at odds with the official line and was detained in a concentration camp. Effecting a remarkable escape, he crossed Russia north to south and found refuge in Persia – where the British authorities captured him and handed him over to the Soviets again. Interned in one of the worst labour camps, where he was given the duty of toilet-cleaning, El Campesino escaped once more, this time for good.

There were examples, some yet more infamous, of cooperation between police forces. After the occupation of France by Axis troops, the leadership of the French Communist Party called for the Germans and Austrians detained at Le Vernet and other French concentration camps to make a voluntary return to the Reich. This was the era of the Nazi-Soviet Pact, and it is hard to judge how many anti-fascists would followed such advice to jump headlong into the wolf’s mouth, of their own free will, but better known to history are those returned there by force. Indeed, after signing their diplomatic accords with the Reich, the Moscow leadership handed over to the Nazis many dozens of German and Austrian communist dissidents who were prisoners in the Soviet Union.

Margarete Buber-Neumann, who saw both Nazi and Soviet concentration camps, told of her story in one of the testimonies fundamental to understanding that era. She was married to the son of the famous German Jewish – later Israeli – philosopher Martin Buber, and after their divorce married Heinz Neumann, one of the most interesting but least studied agents of the Communist International, a specialist in armed insurrection. Stalin send him to China an in spite of his catastrophic intervention in the Canton uprising of December 1927 he continued to enjoy the confidence of the then most powerful man in world communism. Neumann then became Stalin’s personal representative inside the German Communist Party and it was he who really led it from October 1928 to October 1932, taking it on a decidedly nationalist path including dialogue with the far-right.

In October 1932 it became known that Neumann had fallen out of favour and driven out of the politburo, but the ultra-nationalist orientation he had presided over remained in place, to the extent that the Party’s official declaration on the matter accused him of insufficiently ardent struggle against social-democracy. Neumann was thus relegated to a second-rank role and charged with missions of little importance, until 1937 when he and Margarete were taken prisoner in the Soviet Union and sent to concentration camps.

In 1940, in line with the Pact signed with the Reich, the Soviet authorities took several dozen German and Austrian prisoners from their concentration camps and handed them over to the Nazi authorities, who killed them all in their own camps. Margarete Buber-Neumann was among them. Her responsibilities in the communist movement were never great, and she is well-known above all through the testimony she left us, but other figures of greater political significance suffered the same fate. For example, August Creutzburg, one of the many people who in 1920 left the Social Democrats for the German Communist Party. He assumed leadership functions, in particular after 1929, emigrated in 1933 when Hitler came to power and found refuge in the Soviet Union in 1935. A prisoner by 1937, he was handed over to the Nazis in 1940. A similar fate befell Franz Koritschoner, one of the founders of the small Austrian Communist Party. A refugee and then a prisoner in the Soviet Union, he was handed over to the Nazis in 1940 also.

Even though the Soviet leaders did this to many dozens of German and Austrian communist dissidents, tens of thousands of Poles fled from the German-occupied zone of their country to the zone occupied by the Red Army. But with them too occurred the same problem vis-à-vis the Stalinist politburo as the exiles from the Spanish Civil War, with the aggravating factor that the large majority of the Polish refugees were not communists but simply caught between a rock and a hard place, preferring Stalin to Hitler. The numerous Jewish Polish refugees know that in the Soviet occupation zone they would not be imprisoned in ghettos and then exterminated.

But Stalin did not hesitate, and decreed the systematic detention of this whole mass of humanity, with prison for those suspected of political activism and labour camps for the rest. Including the refugees who already before had been living in the Soviet-occupied part of their country, around one million people were deported from eastern Poland and sent to prisons and labour camps, always in regions other than their own. The last wave of deportations included a high proportion of Communist Party members, especially those who had organised Local Committees before the arrival of the Red Army and members of the workers’ militias.  Only after the Nazi attack on the Soviet Union on 22nd June 1941 was there signed a treaty between Stalin and general Sikorski, prime minister of the Polish government in exile and commander in chief of the Free Polish forces, and the Polish prisoners were freed.

The massive level of imprisonment of refugees demonstrated that the Soviet leaders, on the one hand, wanted to prevent the Russian population having contact with people who knew other political systems and other ways of live and whose mentalities had not been shaped by Stalinist propaganda; and, on the other hand, feared the presence of political exiles who had shown courage and determination and were bound together by organisations independent of the Soviet monolith. Those who know how to fight one enemy know how to fight another: this was the sentiment which dominated the attitude they always took toward the refugees.

When the Nazi-Soviet Pact was in place, the same type of massive deportations that took place in eastern Poland also took place in the Baltic states. Among the Lithuanians condemned to deportation were all of the members of the left and extreme-left parties and factions, with the exception of the pro-Stalin communists.

For the same reasons that they had seized Spanish Civil War combatants and Polish and Lithuanian anti-fascists, the Stalinist politburo decided, at the end of the war, to intern in concentration camps many – even the majority – of the Soviet soldiers who had been captured by Axis forces. The typical justification was that these troops had demonstrated little combativeness, since they had not fought to the death, but this argument reveals a total indifference to the conditions in which a war is fought, where individual confrontations rarely happen and where there takes the displacement of enormous masses of human beings. Individual courage made little difference to whether masses of troops were encircled or not. Again, we see that the Stalinist leaders were really afraid – or knew – that among the former Soviet prisoners of war interned in Siberia were many of those who had participated in building resistance organisations within the Nazi camps.

“Many Russians who had survived the Nazi concentration camps were then interned in their own country. Even a top official like Nikolai Simakoi, universally considered the leading figure in the Russian resistance groups at Buchenwald, was send to the Soviet Union’s prisons after the war”, observed Hermann Langbein, one of the foremost specialists on the topic. “Jorge Semprun, who at that time was a leading cadre of the Spanish Communist Party and who himself was interned at Buchenwald, wrote that “the greater part [of the Soviet detainees] passed directly from the German camps to the Stalinist gulags””.

But those Jews who against all odds managed to escape from the Reich and the territories occupied by the Nazis – could they have not have found a safer refuge than deportation and the labour camps with which the Soviet authorities greeted them before June 1941?

The statements of El Campesino in the 15th December 1950 hearing in the case moved by David Rousset, a former detainee in a Nazi concentration camp, against the communist journal Les Lettres françaises can be found in Le Procès des Camps de Concentration Soviétiques, [Paris]: Dominique Wapler, 1951, page. 88. The official statement of the German Communist Party on the demotion of Heinz Neumann are quoted in Hermann Weber, La Trasformazione del Comunismo Tedesco. La Stalinizzazione della KPD nella Repubblica di Weimar, Milan: Feltrinelli, 1979, page. 256. The testimony of Margarete Buber-Neumann on the Soviet and Nazi concentration camps appears as the book Under Two Dictators, London: Victor Gollancz, 1949. As in part one, Arthur Koestler was one of the few writers interested in the fate of left-wing political refugees in Europe during the war: see his book The Yogi and the Commissar and Other Essays, New York: Collier, 1961, above all from page 180 onwards. The quote on the detention in camps of former Soviet POWs in the Reich can be found in Hermann Langbein, La Résistance dans les Camps de Concentration Nationaux-Socialistes, 1938-1945, [Paris]: Fayard, 1981, page 203 note 17.

Translated by The Commune. Original here. 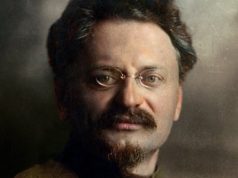 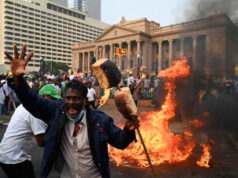 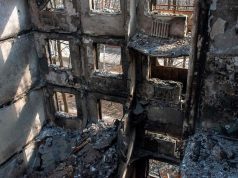