The ideological breakdown of the left and extreme left at the time cannot be explained if we forget the fate of the hundreds of thousands of ‘shipwrecked’. By João Bernardo

As odd as it may seem, after all I have discussed in the previous articles, in the last days of the Second World War there were still those who dreamed of revolution.

The Swedish journalist Stig Dagerman reported in 1946 the opinion of a German communist who had spent many years in the Buchenwald concentration camp. “He thinks that in April 1945 the time had been right and that the conditions were favourable to a quick and thorough solution to all the problems. The soldiers coming back from the front hated the Hitler regime and would have done anything to get their payback. The vast numbers of former concentration camp prisoners were ready to get their revenge on their executioners, and during the spring of 1945 several powerful groups carried out local level civil war against the Nazis. So then why did that not achieve any results? Quite simply because the victorious Western capitalist nations didn’t desire an anti-Nazi revolution. The German revolutionary groups were isolated by the victorious armies at a time when they should have just stepped back and let the Germans settle scores with their past. They did not send home the revolutionary masses from the concentration camps as a group, but instead in small, inoffensive parcels; the soldiers had been demobilised in very small units and the fighting groups who had carried out the denazification even during the war, sometimes quite violently, had already been disarmed by the Allies […]“.

I do not know, and neither can anyone know, if the hopes of that old communist were feasible, but his statements show that they were real. And there is no doubt that both the democracies’ governments as well as the Soviet political bureau took the right precautions to annihilate any insurrectionist prospects.

“There were neighbourhoods in Berlin that remained rebelliously communist, even under Hitler”, says a character in a Simone Beauvoir novel, one which tells us much about the hesitations and hypocrisies of the post-war period. “During the Battle of Berlin the workers at Köpenick and at red Wedding took control of the factories, hoisted the red flag and organized committees. It could have been the beginning of a great popular revolution; […] the committees were ready to provide the cadre for the new regime. […] And instead of that what happened? The bureaucrats from Moscow arrived, chased the committees away, destroyed the base and installed a State apparatus, or rather, an occupation apparatus”.

Some blamed the Western allies, others blamed the Soviet bureaucracy, but were they not both to blame? Can we imagine today the misery and despair of those freedom-lovers that found themselves arrested by the democratic governments, or of those communist partisans that found themselves deported by the communist government? They had no firm ground to stand on, the textbooks and primers were invalidated by the irrefutable proof of the fate they suffered in-the-flesh. What to believe in? Where to go? The historians that mention the end of ideologies and the crisis of convictions, that study the cynicism of the post-war period, consumerism, the superficiality of modern concerns, why have they forgotten those thousands of refugees, locked up by the superpowers that were enemies of their own enemies? When Arthur Koestler commented that “These one hundred and fifty men who populated the so-called Lepers’ Barracks were what remained of the International Brigades – they who represented the pride of the European revolutionary movement, the vanguard of the left”, he defined the destiny of an entire generation. These were the main causes of the ideological nihilism. The dulling of the intellect was the requirement for psychological survival.

Is it any wonder then, that given these circumstances, many men and women of the left became conservatives or centrists or nothing at all? The theory that Nazism and Stalinism were just two sides to the same coin, supported by so many authors – Hannah Arendt maybe the sharpest of them all – is wrong on paper but when we remember all that went on during that time it is understandable that that theory arose, was disseminated and accepted. It is missing its other half, however, that some have taken upon themselves to claim that democracy is the other side of totalitarianism and that its labyrinth is in fact a dead end. Another wrong theory, because there were cracks in the walls surrounding these political spaces. But for these people it was not a matter of discussing theoretical problems, but rather feeling the impact on their own lives.

Let us not believe in the sometimes fancy and fictitious words of the academics. Behind the cold appraisal of data and historical documents we can find extremely powerful images that, even if not mentioned, surely were present in their minds. Max Ernst covering a wall with drawings in the Le Vernet concentration camp, the Polish and Lithuanian anti-fascists being sent to Soviet work camps, Walter Benjamin biting the cyanide capsule that Koestler had given him, August Creutzburg being handed over to the Nazis by the Soviets and the lives of tens of thousands of Jews that some fascist heads of state and even the leader of the SS had wanted to sell to the Allies, who were not interested in buying. All these images form the sort of memories that dwell in our deepest thoughts: the harder we try to forget them the deeper they are.

Utopias did not die after the war, they were deliberately and cunningly murdered. The ideological breakdown of the left and extreme left at the time cannot be explained if we forget the fate of the hundreds of thousands of shipwrecked. Afterwards, it was necessary to rebuild everything.

It is said that in 1947 when Victor Serge found Natalia Sedova, Trotsky’s widow, in Mexico City he said to her: “We’re the only two remaining survivors”. And so they were.

The statement from the old Buchenwald prisoner can be found in Stig Dagerman, Outono Alemão, Lisboa: Antígona, 1991, pages 118-119. The quote from Simone de Beauvoir’s Les Mandarins, is on page 251 of the 1954 Gallimard, Paris edition. The passage from Arthur Koestler can be found in his book Scum of the Earth, London: Eland, New York: Hippocrene, 1991, page 114.

Translated by Carlos Ferrão at The Commune. Original here. 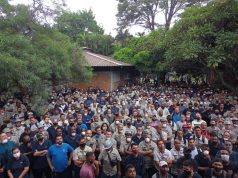 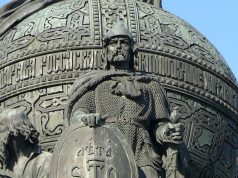 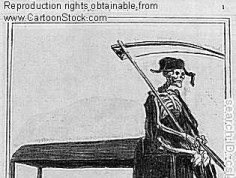 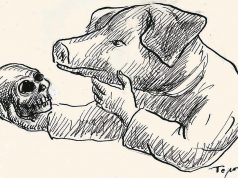